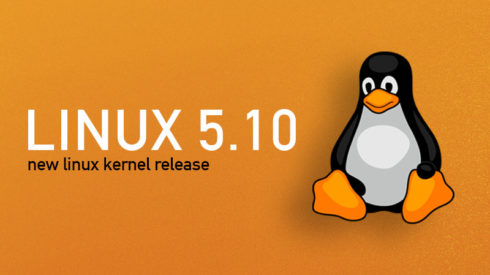 Linux 5.10 has been released. In the new version, most of the patches are small, Linus Torvalds explained in a post.The biggest change is fixed pin mapping definitions for a pincontrol driver.

The fixes span networking, architecture, filesystems, and tooling. Torvalds also noted that the merge window for 5.11 will start tomorrow and that for the release he will be strict about the merging only thighs that are ready before the merge window starts.

GrammaTech announces DARPA research contract
The contract is part of a Defense Advanced Research Projects Agency (DARPA) program that will further the use of AI and ML for automating the design, testing, and implementation of software applications.

“We believe this research will have a significant impact on software quality, reliability, security and availability by enabling a developer new to a language to skip the learning curve of the first few months, while allowing an experienced professional to program at a significantly faster pace,” said Alexey Loginov, vice president of research at GrammaTech.

The new feature works on static text and text that’s written in real-time in 11 different entities and 15 languages.

Google also announced that the selfie segmentation API is coming soon, allowing users to separate the background from a scene on Android and iOS devices.

Apache weekly update
Last week at Apache saw the release of Apache Pulsar 2.7.0, which implements the Transaction Buffer Client, supports producing messages with transactions and commit transactions, and many more fixes and enhancements.

The release of Apache JMeter 5.4 included UX improvements such as the splash screen is now application-modal rather than system-modal so it doesn’t block other applications when JMeter is being started up. It also includes incompatible changes as well as improvements for the HTTP Samplers and Test Script Recorder.

The full list of new releases at Apache is available here.