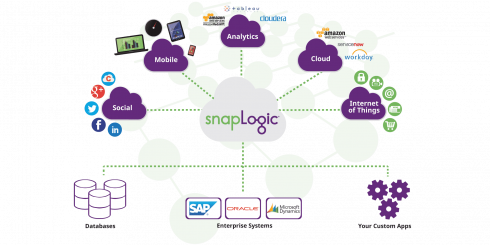 SnapLogic announced new features and enhancements that boost user productivity and improve the performance and reliability of its integration platform.

The latest release includes new API management capabilities that add tools and support for API developers that want to take a design-first approach to app creation in which the design and specifications of the API are developed before creation of the integration pipeline.

In addition, SnapLogic added API versioning in this release, which enables developers to easily create new API versions and to manage the assets and policies of each version independently.

Ionic Portals solves the issues that stock Web View controls have such as lacking features that expose additional native functionality to the web experience. The new solution provides the ability to programmatically define new APIs that web developers can consume in a controlled manner.

CircleCI announced that it raised $100 million for its Series F funding round to help developers deliver high-quality code quickly.

The company said it will use the funds to invest in its platform, build out its Insights dashboard and expand its fleet of over 20 compute options.

“When security analysts are unable to connect the dots between various systems, malicious attacks go undetected and lead to security breaches. Delivering Exabeam Fusion XDR and Exabeam Fusion SIEM from the cloud enables us to accelerate feature and functionality development, while deploying a use case framework that consistently delivers successful outcomes for our customers,” said Adam Geller, the chief product officer at Exabeam.

The Deno 1.1 release includes new features and improvements to the built-in test runner.

Before this release, Deno ran all tests serially inside a single runtime instance. Now all discovered test modules are run in isolation using a new instance of a runtime for each of the modules. It also now supports a ‘permissions’ option that allows users to specify exact permissions that can be applied to a use case.

Structured clones and remote import maps are now supported in Web Workers. Also, the Web Storage API has been added.

To be able to contribute to the open-source collaboration community, candidates must complete a project application which the DTC Technical Advisory Committee reviews. If approved, contributors can upload their project or related content to the DTC Open-Source Collaboration GitHub site.