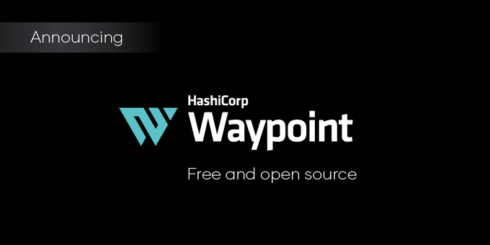 HashiCorp has announced a new open-source project to help developers build, deploy and release apps across any platform. Waypoint provides a modern and consistent workflow using a single configuration file and command: waypoint up.

According to the company, Waypoint is software that is downloaded and self-hosted to manage the deployment of applications. It does not require HashiCorp-provided services.

The company built Waypoint to help developers deploy. According to the company, developers are faced with complexity through containers, schedulers, YAML files and serverless. Additionally, depending on where developers want to deploy their applications, the tool and workflow can be very different, causing fragmentation and a learning curve challenge.

“With Waypoint, we aim to solve these two challenges. Waypoint provides one easy-to-use command to get any application deployed: waypoint up. This workflow is consistent across any platform, including Kubernetes, Nomad, EC2, Google Cloud Run, and over a dozen more at launch. Waypoint can be extended with plugins to target any build/deploy/release logic,” Mitchell Hashimoto, founder and CTO of HashiCorp, wrote in a post. “Developers just want to deploy. Waypoint gets you there.”

Current features of the project include:

“Waypoint can be used to manage application configuration through environment variables, you can integrate Waypoint with your CI or GitHub, you can use workspaces to create branch-specific environments, you can write your own plugins, and more. Additionally, Waypoint is a brand new project. We expect to continue to add more features to Waypoint over the coming months,” Hashimoto wrote.